Sindbad Silver is one of three tiers that make up Oman Air frequent flyer membership program.

Silver is the entry-level elite status tier that can be achieved and is earned after blue.

Oman Air is the flagship carrier of not surprisingly Oman. It was founded in 1993 with its hub firmly in the capital of Muscat. Its routes include Bangkok, Kuala Lumpur, Manila, Jakarta in the east and London, Milan, Frankfurt, Paris and Zurich in the west.

While not part of an Airline Alliance, it holds code-share agreements with major players such as Lufthansa, Qatar Airways, Turkish Airlines, KLM, Thai Airways and Malaysia Airlines to name a few.

In 2006 Oman Air launched Sindbad, its new frequent flyer program. Its a 3 tier program comprising of Blue, Silver and Gold tiers (in the original press release the entry-level tier was green). Accordingly, over its 15+ year span, it has been updated slightly since then, notably back in 2019 when it adjusted the tier threshold levels. 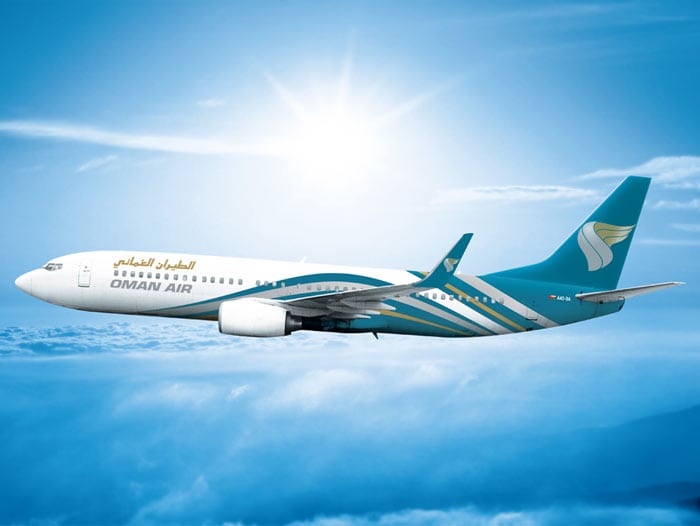 In every Frequent Flyer program, there are two currencies which members collect simultaneously:

1. Status Points which determines your elite status level and cannot be spent;
2. Reward Currencies which can be exchanged for airline benefits and rewards.

A Membership year is defined as 1 calendar year from the date you reach or renew your elite status tier.

Sindbad Miles is the name of the Reward Currency used by Oman Air. A points-based reward scheme used by the airline were you can exchange accrued miles for reward seat redemptions, flight upgrades and other travel-based experiences.

Sindbad is not part of any major airline alliance meaning your status does not carry over to any other partner airline.

Etihad is the only partner airline and you can credit Oman Air flights to Etihad’s frequent flyer program, however, your elite status benefits are not applicable when flying on Etihad.

Sindbad members have their elite status for only 12 months.

If you qualify for a higher tier in your current membership period, your tier miles will reset and you will be given the higher tier for one year.

excess tier miles will not carry over into the following year (in accordance to clause 3.1.5)

If you do not reach the required Tier Miles required to re-qualify in the following year you will soft land to the next lowest tier.

Members have access to use Business Class check-in desks when flying internationally or domestically on either Oman Air.

However, at Muscat Airport, Silver members are not able to use the business class check-in area but rather can only use the dedicated Sinbad members checkin within the Economy class section.

Silver members will be entitled to the following baggage allowance:

Economy Class: 2 bags up to a total weight of 40kg.

Sindbad Silver members on international flights may access the Airport lounge at Muscat International Airport up to three hours before their scheduled Oman Air flight.

If you wish to use the lounge for longer, there is a charge.

How to Earn Sindbad Tier Miles

When you travel on Oman Air – excluding codeshare flights where the operating carrier is not Oman Air – you earn Tier Miles with which you can use to achieve higher levels of elite status and unlock different rewards as you do.

The Oman Air Blue is the most basic and is available to everyone as it does not come with any benefits except the ability to earn Status Points and Reward Currencies. Silver and Gold status are earned annually and come with a varying degree of benefits.

Moving up the ladder within the Sindbad frequent flyer program is completely dependent on the number of Tier Miles accrued within a given year, and like Sindbad Miles, expire after a set time – in this case, Tier Miles expire at the end of your membership year.

Tier Miles can only be earnt by actually flying, not by signing up to credit card deals. There is no other use for Tier Miles other than setting your elite status; they cannot be spent or redeemed in any way. The general rule is that they are usually based on the distance of the flight and the fare class you are travelling in.

Oman Air’s Sindbad program works a little differently than to other frequent flyer programs. differences include:

What this means is that the further you travel the more Status Points and Reward currency you will earn.

This is similar to Royal Air Maroc’s Safar Flyer Program but in contrast to British Airways Executive Club (which uses a Zone based System).

This is in contrast to Japan Airlines which requires the same number of Miles.

Unlike Cathay Pacific’s Marco Polo Club, the Sindbad frequent flyer program does not offer mid-tier rewards to its members.

Unlike airlines such as American Airlines AAdvantage program, Oman Air’s Sindbad program does not offer a route for lifetime status.

There are two ways to reach Sindbad Silver Status.

To achieve Sindbad Silver status with miles, you need to earn 20,000 Tier Miles in a membership year.

To achieve Sindbad Silver status with miles, you need to earn 15 Qualifying Sectors in a membership year.

Tier Miles are only earned for your activities on Oman Air. Partner activities do not earn any Tier miles.

The simplest and best tool for finding out how many Tier Miles you’ll earn on any flight is to use Tier Miles Calculator.

Sindbad Miles are valid for a minimum period of three years from the date of the transaction (ie. when they were earned not when it shows in your account). The validity of miles cannot be extended.

You can buy up to 20,000 Sindbad Miles in increments of 1,000 miles in each calendar year. Sindbad Miles – up to a maximum of 50,00 miles – can be transferred and pooled with a nominal charge of USD 0.020 per mile transferred.