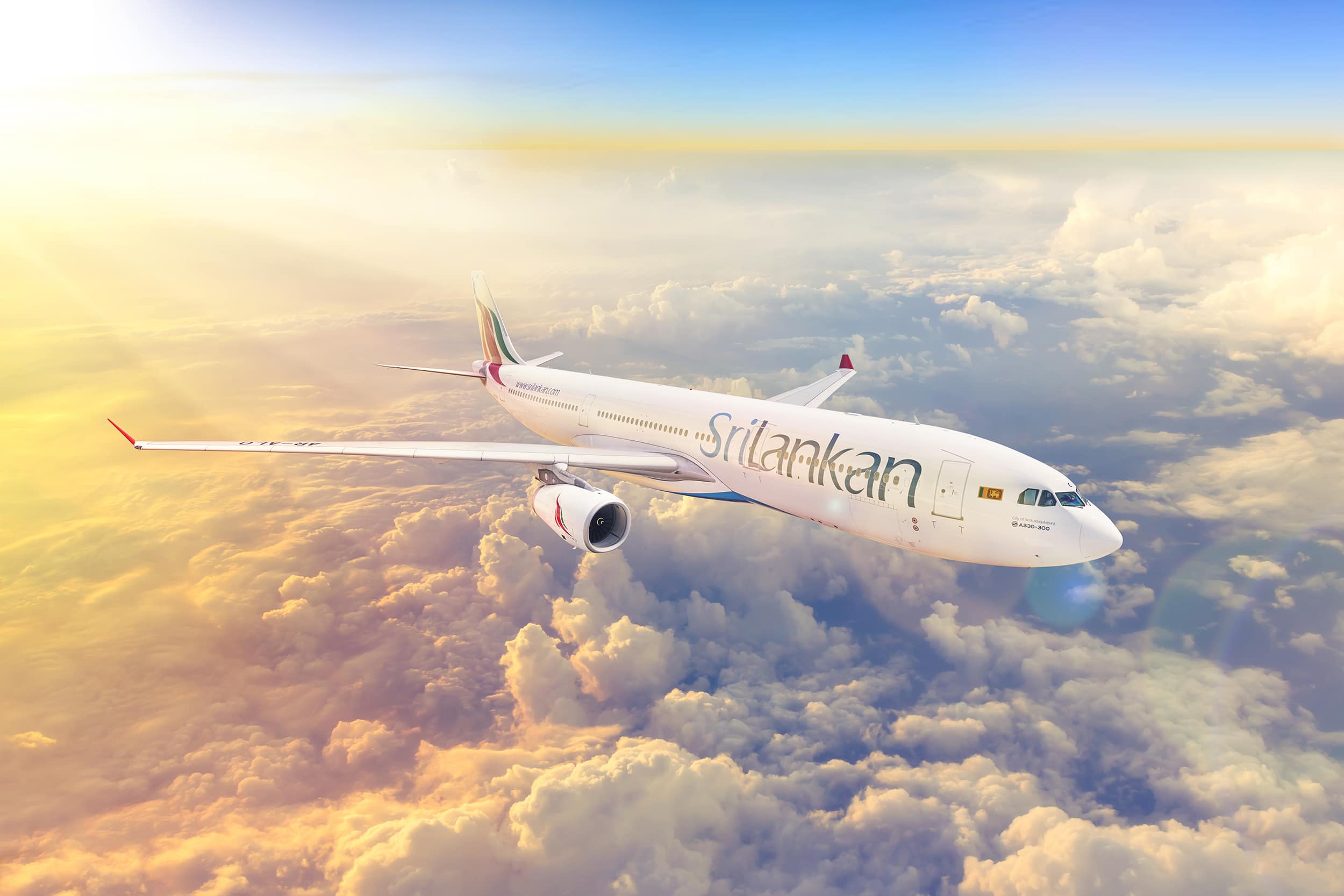 FlySmiles Platinum is one of four tiers that make up SriLankan Airlines’ frequent flyer membership program with Platinum being the highest elite status tier that can be achieved – earned after Gold.

As SriLankan Airlines is part of the Oneworld Alliance, Platinum status is equivalent to Oneworld Emerald, meaning (at least to a degree) it will offer similar benefits when travelling with other Oneworld Airlines.

Since launching in 1979, and entering the Oneworld Alliance in 2014, SriLankan Airlines aims to exceed expectations by providing their customers with a world-class travel experience in and around the Indian subcontinent.

SriLankan’s first frequent-flyer programme was called Serendib Miles and was abandoned in early 2000 when Emirates became a major shareholder. When the partnership ended SriLankan subsequently launched FlySmiLes, modifying it slightly when it joined Oneworld.

As with everyone Oneworld member airline, there are two different types of collectable currencies which members accrue simultaneously. Status Points (SP) and Reward Currency (RC) which can be exchanged for airline benefits and rewards.

Tier Miles is the name of SriLankan’s Status Points System.

The number of Tier Miles held determines your elite status level and cannot be spent. In general, the more Tier Miles you accrue the higher your elite status tier. Additionally, Tier Miles are held for a fixed time (usually for a year) and on the anniversary of your membership year clear from your account and reset back to zero.

A Membership Year is defined in the FlySmiLes Member Guide as being one calendar year with benifits extending an extra month for issues arising out of membership card delivery. The annual year commences from date in which your elite status is earned.

FlySmiLes Miles is the name of the Reward Currency used by SriLankan. It’s a points-based reward scheme used by the airline where you can exchange accrued Miles for reward seat redemptions, flight upgrades and other travel-based experiences. Unlike Tier Miles, FlySmiLes Miles can be earned from flight and non-flight transactions.

As per the FlySmiLes Member Guide, Miles in a Member’s Account shall remain valid for a period of three years. HOWEVER, all Bonus Miles including First Flight Bonus, Promotional Miles, Goodwill Miles offered by SriLankan will expire one year from date of accrual.

If you forget to collect your miles when you fly, you may still do so for up to 6 months from date of departure. On new enrolments, members can claim miles up to two months of past travel.

How To Collect Elite Miles

When you travel with SriLankan, any Oneworld partner airline, its subsidiaries, or in some specific cases non-Oneworld member airlines you can earn Tier Miles. It is important to highlight that Tier miles are only given on revenue tickets (paid with money) and never with award tickets (purchased with miles).

Every member starts at FlySmiLes Blue which is the airline’s entry-level tier. It is the most basic and is available to everyone as it does not come with any benefits except the ability to earn Status Points and Reward Currencies. Classic, Gold, Platinum status on the other hand are earned and come with a varying degree of benefits.

Unique to SriLankan is Silver status which is only offered with co-branded credit cards.

As a reminder, Tier Miles can only be earnt by actually flying, not by signing up to credit card deals. There is no other use for Tier Miles other than setting your elite status – they cannot be spent. As you can expect, moving up the ladder within FlySmiLes is completely dependent on the number of Tier Miles accrued within a given year, and like FlySmiLes Miles, expire after a set time – in this case, Tier Miles expire at the end of your membership year.

The general rule is that Tier miles are usually earned based on the distance of the flight and the fare class that you travel in.

SriLankan FlySmiLes program works a little differently than to other Oneworld members. Some differences include:

There are multiple Benefits to Fly Smiles Platinum including:

Unique to SriLankan is the ability to have an Award Miles overdraft. Platinum members who fall short by no more than 5,000 miles for a seat upgrade can use the overdraft. To request for an overdraft you must have a future flight booked and ticketed with SriLankan which is set to depart no more than 6 months from date of booking.

All Business Class passengers flying on any Oneworld flight (SriLankan or not) are able to access their exclusive Serendib lounge. You may invite one guest to join them at the Serendib lounge.

When ticketed in Economy and holding FlySmiLes Platinum status, you are only able to enter the Serenediva Lounge. You may invite one guest with you only when you are travelling on an international long-haul sector (defined as being an international flight longer than 5 hours).

One way to reach FlySmiLes Platinum is to fly with SriLankan a Oneworld partner airline, its subsidiaries, or in some specific cases a non-Oneworld member airline and accrue Tier Miles.

To achieve FlySmiLes Platinum status with miles you will need 60,000 Tier miles with a minimum of 30,000 Tier Miles earned exclusively on SriLankan

Alternatively, another way to reach FlySmiLes Platinum is to fly a lot. SriLankan offers a route to Platinum status for those who travel exceptionally frequently with the airline.

To renew you will need 55 sectors with a tleast 28 sectors on SriLankan.

SriLankan calculates the Tier Miles accrued based on the distance (in miles) from the departure and arrival destination and assigning a percentage multiplier based on the class of travel. However, the class multiplier changes slightly when travelling with Oneworld Alliance members meaning the total Tier Miles earned is dependent on 3 factors: the route, the carrier you have flown with, and the class of travel.

There are some specific exceptions to the rules which are worth considering, for example:

Members may submit a retroactive claim within 12 months of the date of the booking provided that you have the ticket and boarding pass. However, any transactions made more than three months prior to the your enrollment date in the program are not eligible.

The simplest and best tool for finding out how many Tier Miles you’ll earn on any flight is to use SriLankan Tier Miles Calculator.

Delayed by Irregular Operations, What to do?

FlySmiles Classic is one of four elite tiers that make up SriLankan Airlines’ frequent flyer membership program with Classic being the lowest elite status...
Read more

Tracking The Plane You Are Flying On

Whether you’re an aircraft spotter or mostly oblivious to plane models, it’s likely that you’ve been paying more attention to the type of aircraft...
Read more

The long-awaited and highly delayed Berlin Brandenburg Airport is finally open – the opening has been a saga from start to finish. As the...
Read more

What is Agoda VIP? "Agoda VIP is one of Agoda's loyalty programs , which in the grand scheme adds little value when compared to agoda...
Read more