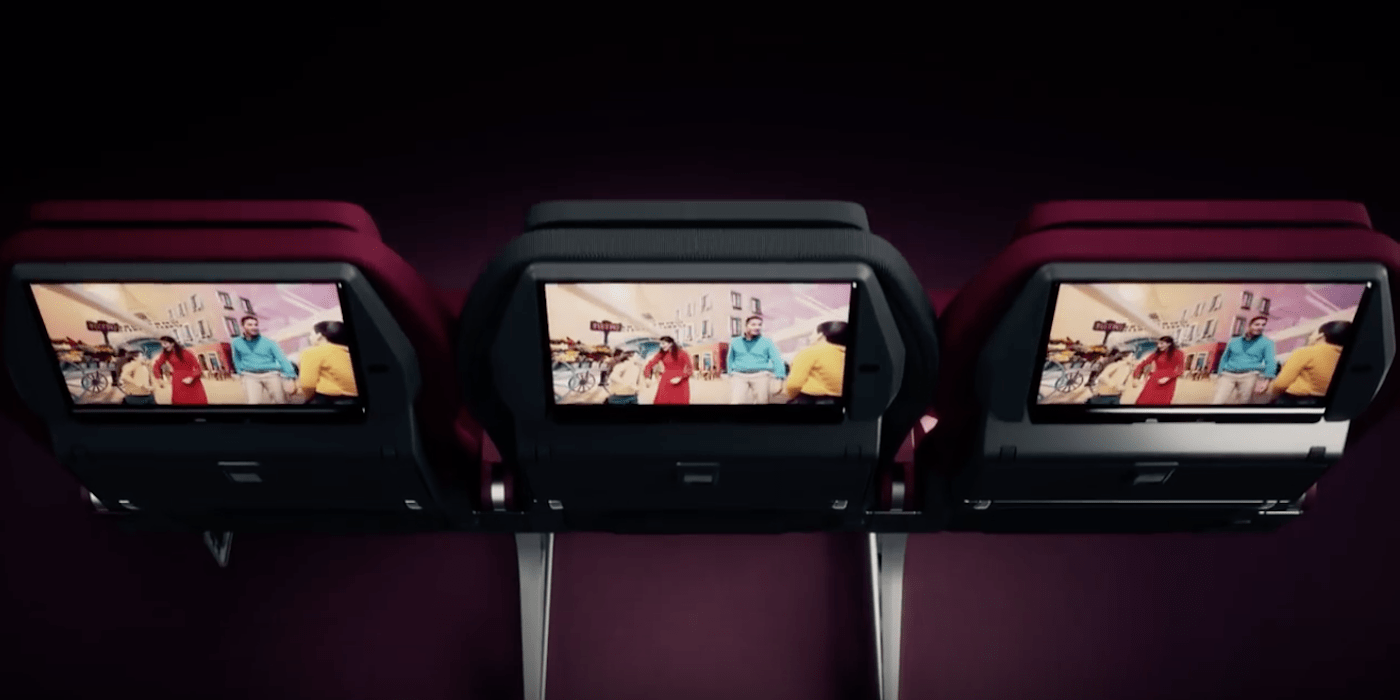 News of Qatar Airways new “revolutionary” Economy Class seat is somewhat of an outcast. For the most part, announcements into improved cabin experiences tend to only happen in First and Business; with Economy and Premium Economy being somewhat of an afterthought. You only have to look into the coverage into recent examples such as Singapore Airlines and Emirates revamping their A380 Suites and Business Class cabins.

However, it could be argued that with the success of Qsuites, a product the carrier had launched on the same stage a couple of years back, a new Economy seat may signal that the company is making a concerted effort on the regular traveller at the back.

Which Planes will it Launch On

The seat will debut on the A321neo and A321LR when they arrive with Qatar Airways. Not only will these jets replace some of the older A320’s in the fleet, but they’ll also take on some routes currently served by the A330’s. Over the coming years they will eventually be retrofitted across the whole of Qatar Airways’ widebody fleet, but unlikely on the Airbus A380 — the first of which will be removed from the fleet in 2024.

While no retrofit schedule was put forward, the carrier did say it would aim to complete the fleet-wide retrofit in five to eight years (by 2027).

Qatar Airways has 50 A321neo on order with 10 of those converted to the Long-Range model which is widely considered the ‘middle-of-market’ aircraft operating already with carriers the likes of Arkia Airlines, TAP Air Portugal and Aer Lingus. The likely event is that Qatar wants to test the waters on regional routes before fully committing to their wide-body counterparts. Expect to see them on routes to India, Africa, and so-on in the near future.

The seat is officially called “the Quadra” and is made by Italian company Optimares. The company is perhaps best known for the “courtesy aisle access” of its Maxima business class seat aboard Hawaiian Airlines.

While the carrier has clearly indicated it will not be introducing a Premium Economy cabin, The seat is offered in both economy and premium economy widths across all major airframes.

Let’s be clear; while the carrier is at the front in terms of Business class innovation, there isn’t much you can do with a standard economy airline seat to make it better. While the carrier has lauded the seat as a new “revolutionary product for Economy travellers”, clearly a distinction needs to be made between what is ‘revolutionary’ and ‘enhanced’.

The carrier describes it as a “semi-fixed” system. In more traditional terms it would be known as an articulating seat pan. The benefit of this is that you are able to recline by adjusting the seat pan and lumbar region within a fixed shell; In English, the key highlight of the seat is that it slides forward to give you additional recline without affecting the seat behind you too drastically. This is a big plus and is the main attraction of the seat; you no longer have to worry about someone going into you anymore, but it does come with its own drawbacks.

The limitation is the loss of legroom, as the seat pan slides forward, you are effectively trading legroom for uninterrupted recline which may impact taller passengers disproportionately.

That said, prior to its entry into the seating market, the seat was tested in an Airbus A380 mockup, and then refined multiple times. The Italian company state that their market research suggests passengers perceive that the ‘Quadra’ seat provides approximately 35% more space than traditional recliner seats.

Their pre-recline angle is six degrees for takeoff and landing, though the airline touts a 19-degree total recline range.

Speaking of which, the seats will have dual surface spaces, including a foldable full-size table for meals and well as a space to work.

There is also a smaller shelf under their in-flight entertainment screens where passengers can place a beverage and their own personal entertainment devices. What’s more is that this shelf is eye level for those Ipad-on-flight lovers.

The new economy seat has a headrest that can be shifted upward and has adjustable wings. While economy passengers are likely to use these features on long-haul economy products, this is a very nice feature to have for short- and mid-haul flights.

Its hard not to see the one-upmanship between the ME3 carriers here. Qatar is basically matching screen resolution with carrier Emirates who chose the Thales 4K Avant system for their seats.

The seat will have new 13.3 inch 4K inflight entertainment screens and USB Type-C with fast charging capabilities. The pixel density for screens that small and the lack of content streamed at 4K are indicators that the task is more about futureproofing rather than anything else.

The screen alone is massive for Economy pushing the limits on what can fit in an economy class seat but I have to question the decision to install 4K screens given that so little of the IFE content on board is available even in 1080p HD today.

However, there may be reason to the madness, ultimately hardware vendors are unfazed by the lack of content, focusing instead on technological advancements. Made in bulk, a 4K screen today is cheaper, lighter and consumes less power than HD or SD screens of prior generations. It is likely Qatar is using a basic model that will last a couple of years even though there isn’t any content for it.

Accompanying the 13.3 inch screen is ORYX ONE which is backed by over 4,000 entertainment options including a variety of movies, TV shows, and audio programs.

Also launching with the new Economy Class seat will be the addition of Live TV streaming, a first for Qatar Airways — but an inflight entertainment feature that has long-existed at several airlines worldwide, including at Gulf competitors.

In line with the launch of the new seat, Qatar Airways has launched its new economy-class product, ‘Quisine’, which includes a new in-flight dining experience.

It will have new tableware and more menu choices. Meals will also be more substantial, with main courses 25% larger, appetisers 20% larger, and desserts 50% larger.

It will be interesting to see the exact dimensions of the new seats when Qatar Airways actually releases them. The new product looks great and is definitely more evolutionary, not revolutionary but it is nice to see the airline focusing on making economy more comfortable for the majority of fliers.

Admittedly, there’s not much of a market for innovation in the Economy Class seating market – aircraft seating manufacturers don’t want to spend the money on expensive R&D when there just won’t be much of a return on that investment. For all the hype and showmanship of the grand unveiling, the seat only introduces small incremental changes.

Considering that Optimare’s Quadra seat is yet to become reputable, it will be interesting to discover what Qatar Airways passengers make of this next-generation seat, specifically on the new recline feature, given the lack of a traditional recline. It’s important to remember that such designs add extra parts to the seat, a move that historically led to higher maintenance costs and failures. They are also contentious among passengers with some loving the more cradle-like feel of the recline while others note that the recline requires trading knee room away as the seat pan slides forward.

Don’t get me wrong, I think Qatar Airways should still be commended for investing in the economy experience when other airlines seem to only invest in first and business class. But I don’t think these changes will materially change the experience in economy.

What is the British Airways 2,000-mile rule?

LATAM expands code share with Qatar as it departs OneWorld