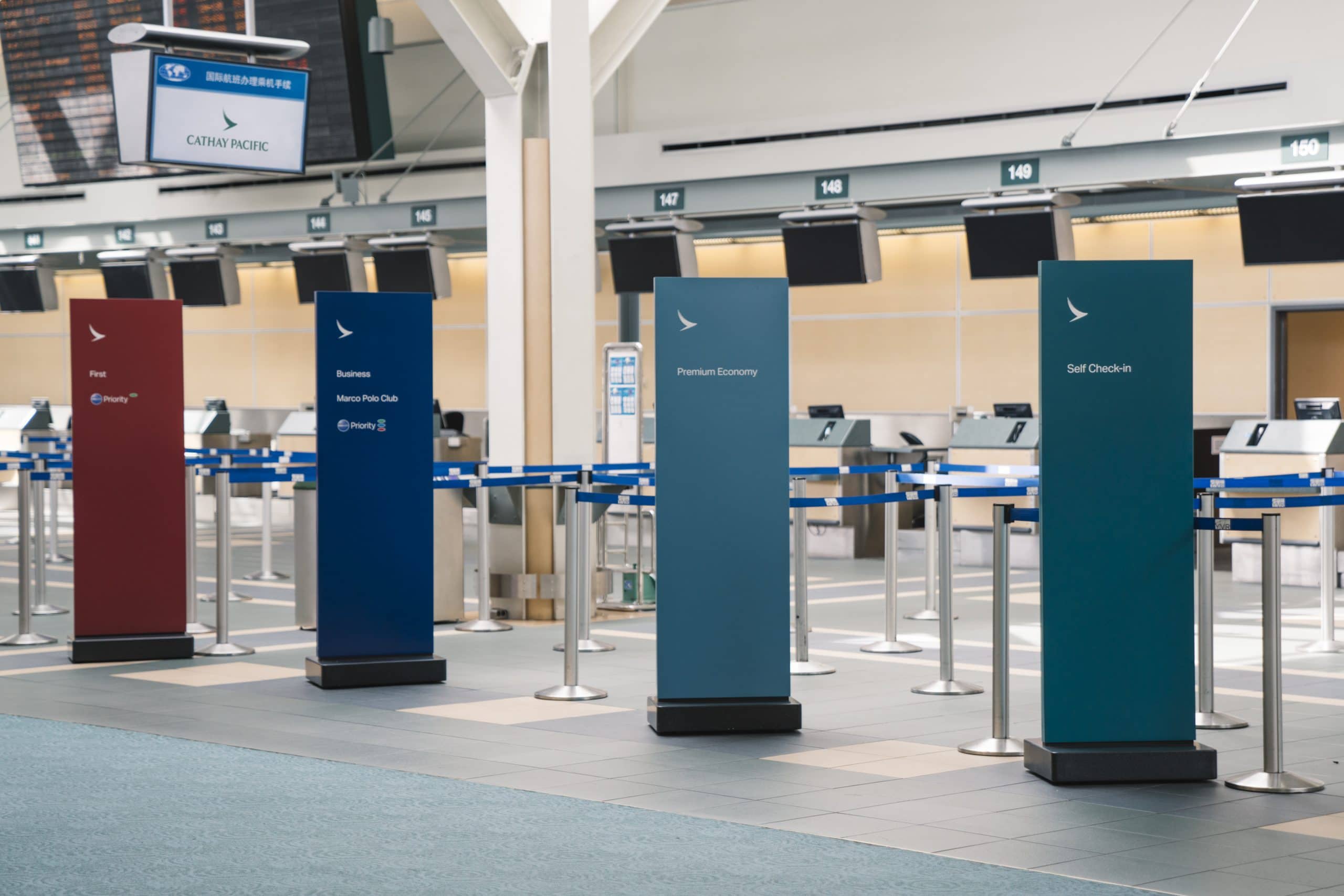 To truly understand what type of airline ticket you have purchased, you need to know what a cabin class, fare class and a fare basis are.

In this article, we look at what the cabin class and what it means for you as the purchaser. After reading this you may want to check out what a fare class is and why airlines group tickets. If you want a deeper diver, there is always the fare basis to look at which explains how kind of ticket you have.

What Is A Cabin Class

In Short, a cabin class is the type of fare you have purchased.

The original and most basic type of differentiator of airfares is the Cabin Class. We all know this by generic titles like First, Business and Economy Class. Airlines want to differentiate themselves not on by what their competitors are offering, but also by they can offer to a passenger.

Historically, planes were smaller, and airlines only had one class of service as fares were so expensive. As planes got bigger, and the jet age rolled in, the catalyst for change was arguably The Airline Deregulation Act of 1978. This was a US federal law which removed government control over fares and routes effectively creating a free market to trade. This effectively triggered a global competitive race to stay relevant.

Up until the Deregulation Act, airlines competed on a two-cabin configuration; there was first class, or premium seating at the front of the plane, and regular seating throughout the rest of the plane. A few years after, many larger airlines competed on a three-cabin configuration, recognising that more affluent passengers were willing to pay more for a better seat but were not at a point where they were willing to pay for first-class.

How Many Cabin Classes Are There?

In the traditional sense, there have been the three staple classes, however, airlines have tried to differentiate this as much with some airlines going so far as creating a fourth class called premium economy. In fact, American Airlines, Delta and United are the masters of differentiating by cabin-class going so far as having six-cabin classes on long haul flights – First, Business, Premium Economy, Economy Plus, Economy, Basic Economy. The latter three are the same seat, just in different places on the plane with Economy Plus offering slightly more legroom.

Cabin sizes are a balancing act in many ways. Airlines, like hotels, operate against a time constraint, in that, once the day lapses and the plane takes-off that seat on that flight can never be sold again. Creating too few premium seats on a plane and you miss out on revenue, create too many premium seats and you will find it hard to sell the seat at the price required.

What Can You Expect In Each Cabin Class

There are a few types of seats airlines usually sell with many regions taking a different approach to seat configurations. Below are the main types of cabins you will likely find on major airlines.

Mainly for the benefit of our European readers, or for those who are not aware; Basic economy, also called light or saver economy is the buzzword out of the big three North American airlines (Delta, American Airlines, and United) to compete against budget carriers like Spirit, Frontier, Allegiant, and Sun Country that offer no-frills fares.

Although United Airlines were the first to coin the idea and put it into practice, the term has spread across the US aviation industry, and not surprisingly, has made its way across the Atlantic and Pacific with carriers such as British airways offering a Basic Economy choice (or what they term as hand-baggage only fares) on both their short and long-haul services to compete with the likes of Easyjet, Ryanair, and Norwegian.

Other Airlines like the Lufthansa Group with Eurowings and Singapore Airlines with Scoot, have not only created a Basic Economy class in so far as setting up their own no-frills airline.

Whether you call it coach, standard, main cabin, or “cattle class”, economy is normally the most basic class offered by airlines. The seats here are the narrowest and the closest together on the aircraft. Services will vary depending on if the flight is a domestic/short-haul flight or an international/ long haul flight. These days, economy offers little more than a seat that will get you from point A to point B.

In Shorthaul economy, you are unlikely to find an inflight entertainment screen in the seat as airlines to be more competitive with low-cost carriers. In Europe especially, any sort of food or beverage offered by the airline has an additional cost associated with it. If you are offered a snack (like Alitalia does), this will usually be a biscuit and a soft drink or similar.

On long haul flights with legacy carriers, some will still offer metal cutlery (like Qatar airways) or will provide complimentary wines and spirits on their flights (British Airways, Thai, Singapore Airlines, Swiss to name a few).

North American airlines have capitalised and provided extra leg-room seats as its own category. American Airlines has termed this Main Cabin Extra for instance in which the airline says it gives the passenger “a little more of everything”. that little extra is in fact an extra six inches more legroom.

On wide-body jets like the 767s, 777-300ER, 777-200, 787 Dreamliner, North American carriers will have a dedicated mini-cabin for extra legroom seats at the front of economy while smaller short-haul / regional jets only classify bulkhead and exit row seats as extra legroom.

Unsurprisingly, European and Asian carriers do not have an extra legroom cabin, but will sell bulkhead and exit row seats at a premium unless you have elite status with the carrier or the alliance.

Virgin Atlantic was actually the first airline to incorporate the concept of premium economy back in 1992. Since then, dozens of airlines have followed suit. Once only found on international flights, premium economy is widely available on flights within North America.

While not exactly a halfway between business and economy, on international flights the “premium” in premium economy usually equates to a physically partitioned cabin, an additional hot food option, premium cutlery, greater baggage allowance and amenity kits. On North American flights, premium economy often refers to a better seat on an aircraft.

Where international economy has been simplified over the years to allow for cheaper fares (usually at the expense of the onboard product), the introduction of an International premium economy class has at times been stated as the “traditional” economy class or what economy class used to be.

Pioneered by airlines like Pan Am and Qantas, business class originally bridged the gap between first and economy. Its creation can be attributed to the US aviation deregulation act where carriers no longer just competed on the good (first-class) or cheap (economy-class).

Over the years, business class has arguably seen the most innovation, such as British Airways pioneering lie-flat beds for the cabin, Qatar airways with it QSuite, or Etihad with its dine on demand – all of which used to be reserved for first class. In terms of quality, first-class is really struggling now to find a differentiator as many modern business classes no exceed or match the quality and experience of older first-class products.

The problem is, with such innovation comes huge variances in what is offered. On a typical business class, you will find full lie-flat seat, multi-course meals served on fine china and a bar or snack area of late night binges. Some flights will even come with a door and a bar area with an onboard bartender.

Business-class is naturally where the competition is and where some airlines see the bulk of their revenue per flight. Take British Airways with its new B777 configuration and how (on a very popular business route) business class can take up 50% of the available space.

If fact, the foodservice and catering on many inter-European business class flights is actually really good and is on par or above what you would get on a domestic or business class on a North American domestic flight.

It does not get better than this. First-class is set to be the most luxurious experience the airline can afford onto a passenger. First-class can range in perks from small incidentals like SWISS with their seat which offers a 32 inch TV to Singapore airlines Suites complete with minibar and armchair. It can even go as far as Etihad’s The Residence, a 3-room suite with living room, bedroom with a double bed, private bathroom with shower and its own dedicated butler.

First Class for many airlines fly empty but are nothing more than a status symbol for the carrier. Over the years though, their value proposition and status have begun to erode – why have seats on a plane if they fly empty? This is the reason why more and more carriers do not have first-class on their planes.

However it’s not all doom and gloom for the cabin, more often than not, first class is used as a way to keep people interested in the airline. Sometimes they are used as a tool to keep top-tier frequent fliers happy by giving them a complimentary upgrade; while at other times, they are used as the gold standard for reward seat redemptions as carriers like Emirates and Oman Air only let you book into their first-class cabin using their own reward miles.

Some airlines like Malaysia Airlines have created what they call Business Suites – which is effectively first-class rebranded due to large corporations restricting executives from flying first class on the company.

It Gets More Complex than This

However, this is just the beginning. If you want to know more, there is the fare class which you can look into why airlines group tickets and why they assign a letter to them.

But a fare class is just the first letter of an alphanumeric code called the fare basis. The code effectively expands and codifies the type of ticket purchased into an easy format for airline staff and travel agents to quickly access the fare rules for a ticket.

If you want to read more the article are here: