A Y-UP Fare is an industry term – used mainly by the North American airline industry – to denote an economy class ticket which is immediately upgraded to a first or business class ticket.

Y-UP’s are not “upgrades” or “add ons” for an Economy ticket.

But more importantly, is that Y-UP fares are not the same as Duel Inventory Fares. 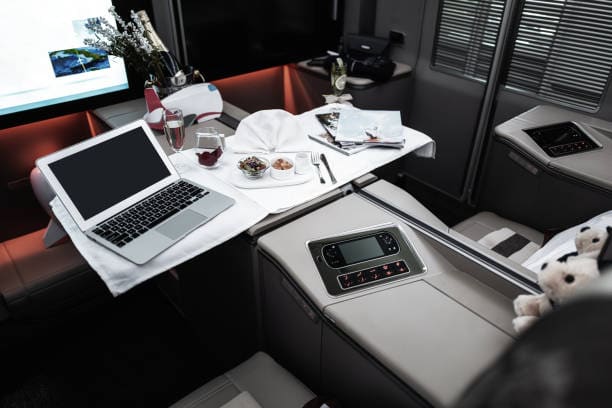 The name is a merger of “Y” the common fare class which denotes an economy class seat (such as Y, J, and F which respectively denote fully flexible Economy, Business & First Class fare buckets) and “UP” for UPgrade – go figure.

It is important to note that it is nearly impossible to find a Y-UP fare outside of North America. Furthermore, just like regular economy tickets, Y-UP fares come in refundable and flexible or nonrefundable versions.

Not surprisingly it is known by many names – this is because the first letter can be anything so long as it’s a fare class, but over the years more often than not been found in certain fare classes which is why they go by some common names (like Y-Up or K-UP) – but also if you fly the transatlantic route often, you could also have come across “EU-UP” as well.

Fun fact, in the case of American Airlines, they do the same thing with Basic Economy fares which will have a letter ‘B’ as the second to last letter of the fare basis code.

UNDERSTAND WHAT A FARE BASIS IS…

To be able to spot what a YUP looks like you need some understanding of what a fare basis is.

Put simply a fare basis is the next level on from a fare class in terms of identifying how a ticket is sold – but the step before the actual fare construction.

The fare basis is built up from 1 to 8 characters in a specific sequence which explains what the ticket is.

Why do Y-UP Fares Exist

Very simple really… because of companies and people desire to find ways circumvent company rules on economy-only tickets. Let me explain, many companies now ban the purchase of Business/First Class fares due to overhead costs of doing so – but Y-UP fares are not First-class tickets – they look like economy class tickets, are stated as economy class tickets and in no way state “First Class” anywhere on the reservation – but when you get to the airport, you board the plane knowing you are in first class. Win-win.

Is a Y-UP Fare a cheaper option?

In most cases, they come at a hefty premium to on-sale economy class tickets but not as much as a regular First class ticket. When asked, The Flight Deal told Business Insider that “while it’s great to get a business class ticket for less than refundable coach [price], we would not buy K-UP/Y-UP fares in most cases”.

Therein lies the point – the headline benefit is that you only pay for an Economy ticket but earn status as if you were in First class. Y-UP fares are not considered a good deal when compared to discount economy tickets – they are comparable to full-fare economy tickets and are a steal only if you are looking for a business/first-class ticket – with some bargain hunting of course.

You should scrub the view that Y-UP fares are heavily discounted First-Class fares outright as comparatively, this is not the case.

major pitfalls to a Y-UP Fare

For all the good they promote, there are some major pitfalls in the way they work that some people do not consider when looking at Y-UP fares. Here as some things to remember:

If you end up in Economy because there are no First-class seats, the carriers boarding pass will show “Invol Re route”, and, expect to only receive status credits for Economy. A negative for both business flyers to those looking for elite status. For this reason, the airline industry is actually moving away from classifying discounted first class fares as Y-UP’s, as it was leading to all sorts of problems when passengers were downgraded.

Time of Year is important to not get “bumped”

Only the brave will attempt a Y-UP status run in the winter when snow can play havoc with schedules, and status runs out of San Francisco are very risky due to fog.

Equally, avoid tight connections from international sectors, if you miss the flight you are really rolling the dice – the one to really look out for is when you enter into the USA, clearing customs can take a serious amount of time

Know the rules on who you are crediting to.

This is a hit-and-miss case, it is important to know the rules when crediting to another airline, there is a chance you get credited status point for the class you paid for, not the class you actually travelled in.

If you miss a flight, ask the ticket agent at the airport to see if a Y-UP is available; it can be cheaper than the walk-up economy ticket. In the same light, Last minute and emergency travellers should always check for Y-UP fares too.

Class of Travel is important

Be aware of what “first-class” actually is. Carriers like American Airlines normally operate two-class configured planes where the cabin up at the pointy end is called “First” – which in fact is a glorified premium economy seat – but airlines like Japan Airlines won’t actually credit as if it was a first-class seat.

There are some exceptions, such as the three class “Flagship Services” between JFK, LAX and SFO. Economy Y-UP fares ticket into business class in these cases. The impact is that (say for British Airways) you only earn 120 Tier Points each way and 125% mileage. For SFO to JFK look for the AA763 service, which is a two-class configuration, unlike the three-class AA762 flight. On AA763 Y-UP books into P class and earns 210 Tier Points due to being in “First” as opposed to 140 for Business.

If you earn status with British Airways – this is a good time to point out the 2,000-mile rule again. To put this into practice, Y-UP fares from JFK to Honolulu come in at around £780 and intelligent routing (such as via San Jose) can yield four First class sectors of over 2000 miles which bring in 720 Tier Points. However, a route through Dallas Fort-Worth or O’Hare International and you drop below 2,000-miles and only earn 240 Tier Points

How Do you find them

How do you find a Y-UP Fare?

The premise is that by booking a Y-UP fare – which can only be found by travel agents (or with access to tools like ITA Matrix or Expert Flyer) you can find, as one website put it, “one of the best ways to fly first class without paying for it”.

You may also find some discrepancies between the first letter of the fare basis and the booking class. For example, there’s a ticket with fare basis I7AUPNAC on the same exact day. You’d think the fare class is in “I” due to the fact that the first letter is I, discount business class. However, this is actually an instant upgrade ticket with full-fare business class upgrading to first class.

Ok, I lied – While airlines will make you think that it’s some sort of secret fare you can find it even on American’s website as an “Instant Upgrade” so they aren’t really trying to hide the fact.

When buying a ticket you are upgrading into the fare bucket P, A or I where there is a seat available. These fares are not clearly identified on the carrier’s website unless you go the extra mile and click on and read the Detailed Fare Rules while you’re purchasing the ticket.

it isn’t too hard to find a Y-UP fare on ITA Matrix, simply select your destination and that you are looking for a first-class seat only. choose the ticket that you want and if there is a possible fare available the fare basis provided will reflect if it is a Y-UP fare or not. 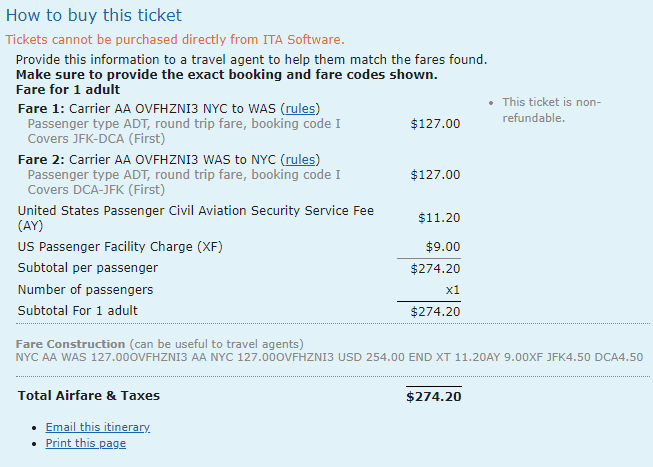 With Expert Flyer its a more refined tool than ITA matrix in finding Y-UP fares (if that is your thing) and nailing down the exact fare rules. 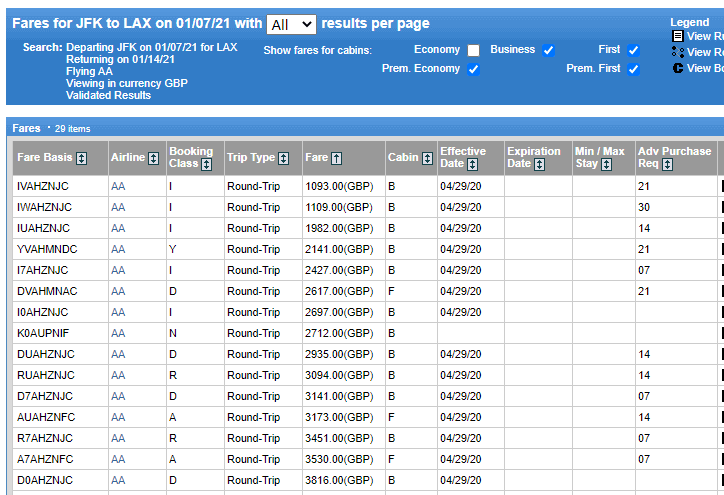 What is Iberia Blue Class

What is Eurowings Discover?