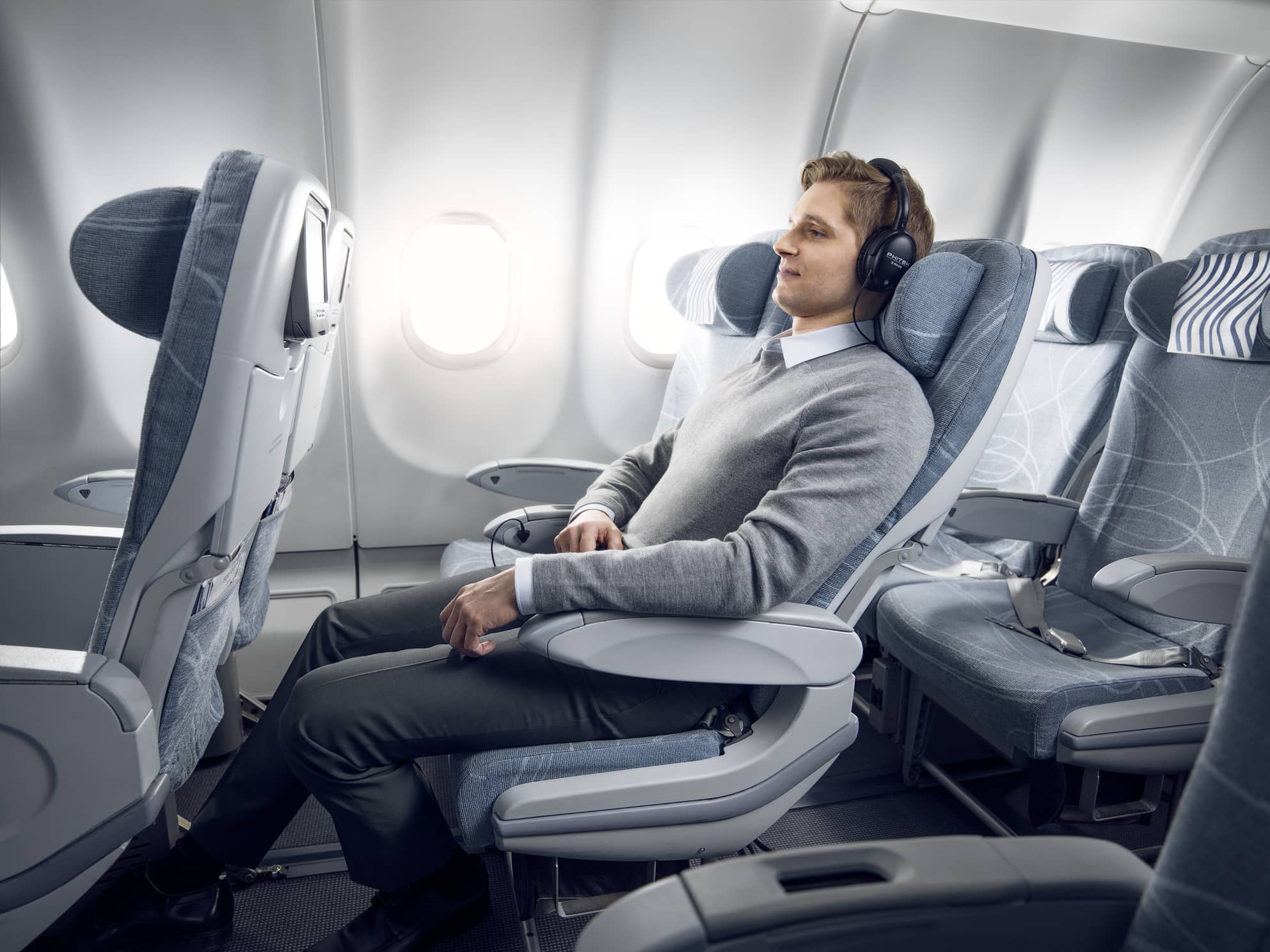 Finnair has released very few details of the cabin, beyond explaining that it will be separated from other cabins with a “highly customised design”. Although, given the trend at other airlines, we are likely to see a slightly better product than the economy. That is to say, a less dense configuration, more legroom, and wider seats. The soft product would also be a step up from the economy offering.

The new seats will certainly allow Finnair to maximize its profits as they are set to launch on the carrier’s flagship Airbus A350, as well as their older A330’s, of which both are currently in a 2-cabin configuration. The new offering appears set to be a more definitive premium economy product compared to the more basic extra-legroom Economy Comfort class the airline introduced back in 2014, although word has yet to be released as to what will become of Economy Comfort

In order to implement a new cabin, the Finnish carrier will ‘rightsize’ Business Class cabins on some aircraft, suggesting a reduction in the number of Business Class seats. The airline also signalled the new Premium Economy cabin will see the removal of a small number of Economy Class seats in order to make room for the new product.

This of course is nothing new, premium economy has been a staple for many of the legacy carriers for years.

The cabin was first introduced by Taiwanese EVA Air and Britain’s Virgin Atlantic in the early 1990s, premium economy has soared in popularity over the past decade on long international flights with over 36 airlines now offering the cabin.

British Airways, which launched its premium economy cabin in 2000, has long said the class is almost as profitable as its business offering on its long-haul routes. In an earnings call in 2019, Lufthansa revealed how important the cabin was in terms of profit per space required. Airlines typically spend a minimal amount more on the product than on economy, but in doing so they will often charge a sweet premium for the benefit of these “luxury” economy seats.

If anyone had any doubt over whether or not premium economy was a successful product, look no further than premium carriers Swiss and Emirates; once thought of as airlines that would have never introduce the cabin, they introduced the seats in late 2020 and 2021 respectively. American Airlines became the first US carrier to introduce the product in 2016, followed by Delta in 2017 and United in 2018.

However, just across the pond, Gulf rival Qatar airways seems to be the outlier which has maintained the position that it doesn’t have the time for Premium Economy, adding that the gulf carrier already offers a “premium economy seat with an economy class price”.

According to the Financial Times though, the likelihood for the increased demand for a premium economy cabin is partially in response to the growing divergence between an economy class that has become increasingly cramped and a business class that has become much more opulent than years before, taking on aspects of First Class. 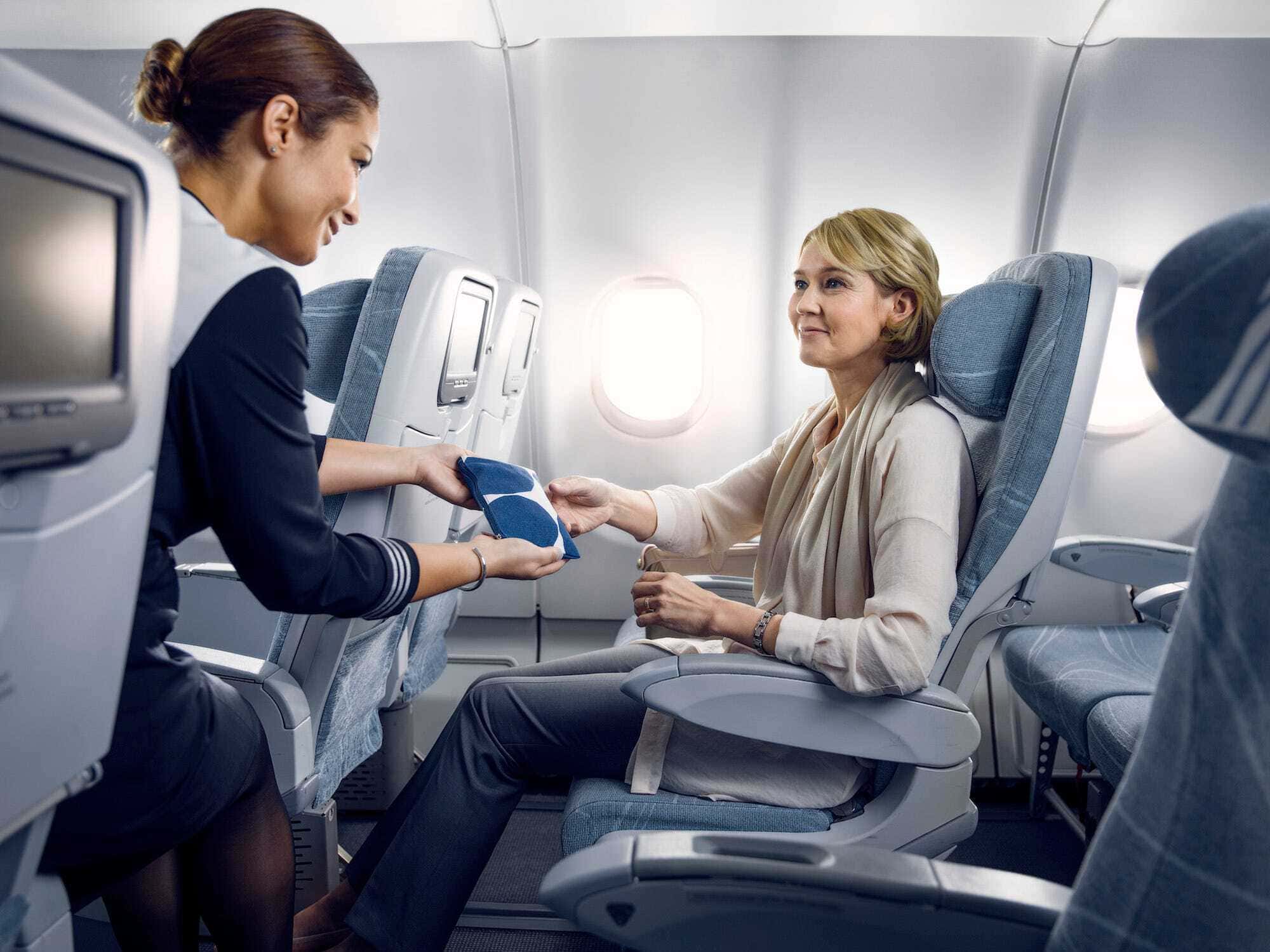 Why Is Finnair Moving Towards A Premium Economy Model

The cabin comes as the premium leisure sector will be increasingly crucial for the airline moving forwards says the airline’s CEO. Prior to the pandemic, 20% of the airline’s passengers were from the corporate travel market, accounting for approximately 30% of the airline’s revenues, which is unlikely to return for some time.

Finnair is currently marketing itself as an alternative to the Gulf carriers, and CEO Topi Manner is banking on this as half of Finnair’s revenues come from passengers transferring to Asia. Emirates, Etihad, and Qatar currently operate primarily as the bridge between Europe and Asia. Finnair believes that they are able to knock up to 4 hours off of the flight time to Asian destinations compared to its middle eastern competitors.

But as its foothold in their 20 odd Asian destinations begins to mature with more quality-focused travellers, the reality is that this probably has less to do with Finnair acting on any kind of trend and more to do with aligning the airline with its partners.

Dan
Travelling on Points is the brainchild of a person who loves to travel and reap the benefits of doing so. Dan enjoys sharing the knowledge of travel as he believes that the more people travel the less narrow-minded, and more tolerant, people will be of each other.
SourceFinnair Press Release

How to get a Free Finnair Stopover in Finland