Platinum Pro is the 2nd highest elite status tier that can be achieved and is earned after Platinum.

American Airlines is part of the Oneworld Alliance meaning that if you hold Platinum Pro status, it will be equivalent to Oneworld Sapphire status and will offer similar benefits on flights with other Oneworld Airlines.

American Airlines along with its subsidiary American Eagle are the world’s largest airline operating out of 10 hubs and serving nearly 350 destinations.

In every Oneworld Frequent Flyer program, there are two currencies which members collect simultaneously – Status Points (SP) which determines your elite status level and cannot be spent and Reward Currency (RC) which can be exchanged for airline benefits and rewards.

To Move up the ranks with American Airlines, the airline use 3 metrics to calculate elite status.

Your elite status is based off a combination of total EQD’s PLUS either total EQM’s or total EQS’s on eligible-fare tickets in a given year.

A Membership Year with American Airlines is calculated from 1st February to 31st January the following year.

Flight Miles, or simply miles, is the name of the Reward Currency used by American Airlines.

A points-based reward scheme used by the airline were you can exchange accrued Award Miles for reward seat redemptions, flight upgrades and other travel-based experiences.

American Airlines AAdvantage Platinum Pro is equivalent to Oneworld Sapphire status and you will receive similar benefits when flying with other Oneworld Alliance members.

For American Airlines members, you will have the status for a minimum of 12 months.

For AAdvantage members, gone are the days of soft landings, where an airline would drop you down a status if you didn’t re-qualify the following year.

However, in 2014 according to a FlyerTalk article, the airline dropped their generous perk of soft landings – likely due to the other two legacy carriers foregoing this perk around the same time.

How to Collect Tier Miles

When you travel with American Airlines, a Oneworld partner airline, its subsidiaries, or in some specific cases non-Oneworld member airlines you earn Tier Miles with which you can use to achieve higher levels of elite status and unlock different rewards as you do.

The AAdvantage Blue membership is the most basic and is available to everyone as it does not come with any benefits except the ability to earn Status Points and Reward Currencies. Gold, Platinum, Platinum Pro and Executive Platinum status are earned and come with a varying degree of benefits.

Moving up the ladder within American Airlines AAdvantage is completely dependent on the number of Elite Qualifying Miles, Dollars and Sectors (Status Points) accrued within a given year, and unlike Flight Miles, expire after a set time – in this case, Status Points expire at the end of your membership year.

Status Points can only be earnt by actually flying, not by signing up to credit card deals. There is no other use for Tier Miles other than setting your elite status; they cannot be spent. The general rule is that they are usually based on the distance of the flight and the fare class you are travelling in.

American Airlines AAdvantage Program works a little differently than to other Oneworld members. Some differences include:

but unlike Japan Airlines which is also a mileage-based program, the miles accrued are based on the distance between the Airports rather than the Cities that Japan Airlines uses.

Unlike Royal Jordanian or Royal Air Maroc, members require the same number of qualifying status points to re-qualify in the following year.

Unlike its alliance counterpart Cathay Pacific, American Airlines does not offer mid-tier status to its members.

Following the AAdvantage devaluation in 2016, it is not possible to earn top-tier elite status for life. AAdvantage members can unlock lifetime status upon reaching the below milestones.

the main way to reach AAdvantage Platinum Pro is to fly with American Airlines, a Oneworld partner airline, its subsidiaries, or in some specific cases a non-Oneworld member airline and acrue miles.

Another way to reach AAdvantage Platinum Pro is to fly a lot. American Airlines offers a route to Platinum Pro for those who travel exceptionally frequently with the airline.

For those who want a fast track to elite status and are willing to pay for it, American Airlines Airpass (formerly AApass) can be a good option.

However it does cost and for American Airlines Platinum Pro status, it will cost you US$25,000 per year.

Outline of the Benefits of having AAdvantage Platinum Pro membership.

Upgrades are valid from the Main Cabin to the next class of service. Upgrades aren’t allowed on Basic Economy fares. 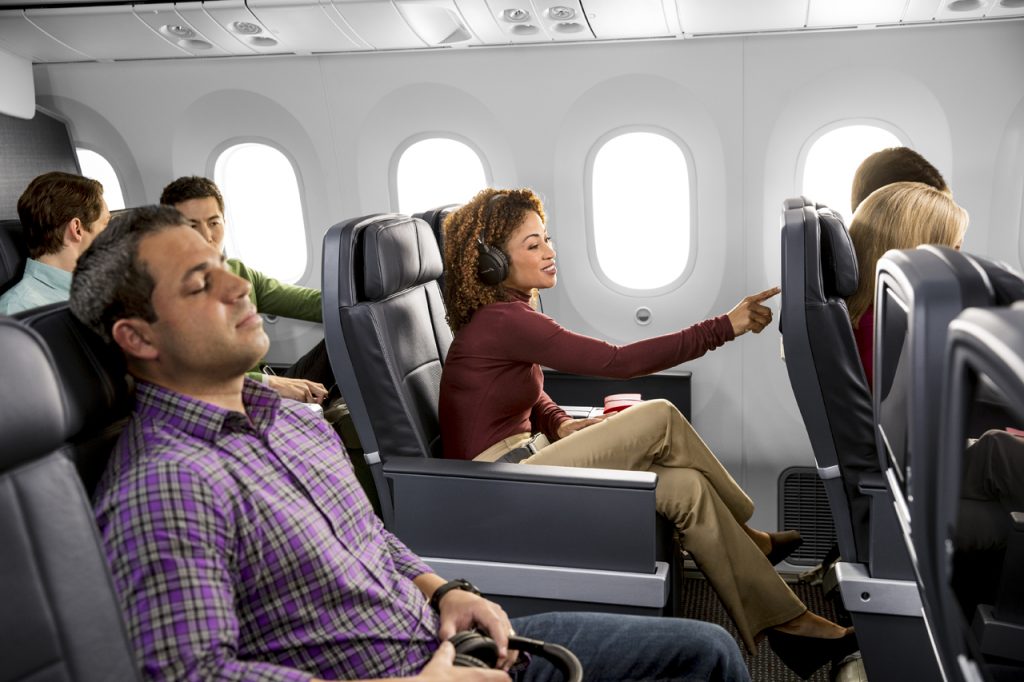 When flying on Oneworld Marked flights

When travelling on eligible Oneworld flights you will receive 80% bonus Flights Miles.

When you travel on select Oneworld airlines (such as British Airways) you can also be entitled to cabin bonuses which act as a multiplier when calculating Flight miles.

When travelling on American Airlines to select destinations

There’s no charge for all elite members to standby for a different flight on the same day of travel when flying to/from:
– United States and the U.S. Virgin Islands
– Puerto Rico
– Canada
– Caribbean (select destinations)

irrespective of class of service

Members have access to use Business Class check-in desks when flying internationally or domestically on either American Airlines or other Oneworld carriers.

AAdvantage Platinum Pro members get Business class lounge access for themselves and either one companion across the Oneworld network.

When travelling within North America, American Airlines operates a scheme similar to Qantas whereby if you are travelling on a domestic only flight, you are not allowed to access the lounges unless you have Admirals Club membership. However, a quirk is that this rule does not apply to members holding Oneworld elite status with airlines other than American Airlines.

When on American Airlines or Oneworld Member airline

With Platinum Pro status, you are also able to board before the general boarding group.

Luggage policies can be found on the American Airlines website.

Platinum Pro & Oneworld members travelling on American airlines members can get up to 2 checked bags when travelling on a 2 class configured flight.

Executive Platinum, Platinum Pro and Platinum members may check in at any First Class lane regardless of the class of service in which you are traveling on American Airlines.

When flying on a Oneworld carrier your status may afford you fast track through security at select airports.

American Airlines calculates the Elite Qualifying Miles based on the distance (in miles) from the departure and arrival destination and assigning a percentage multiplier based on the class of travel.

However, the class multiplier changes slightly when travelling on Oneworld Alliance members.

As such, the number of Elite Qualifying Miles earned is dependant on 3 factors, the Route, the carrier you have flown with, and the class of travel.

Basic Economy has its own set of rules, which, even with elite status, there are some limitations.

AAdvantage Miles No Longer Expire For Those Under 21