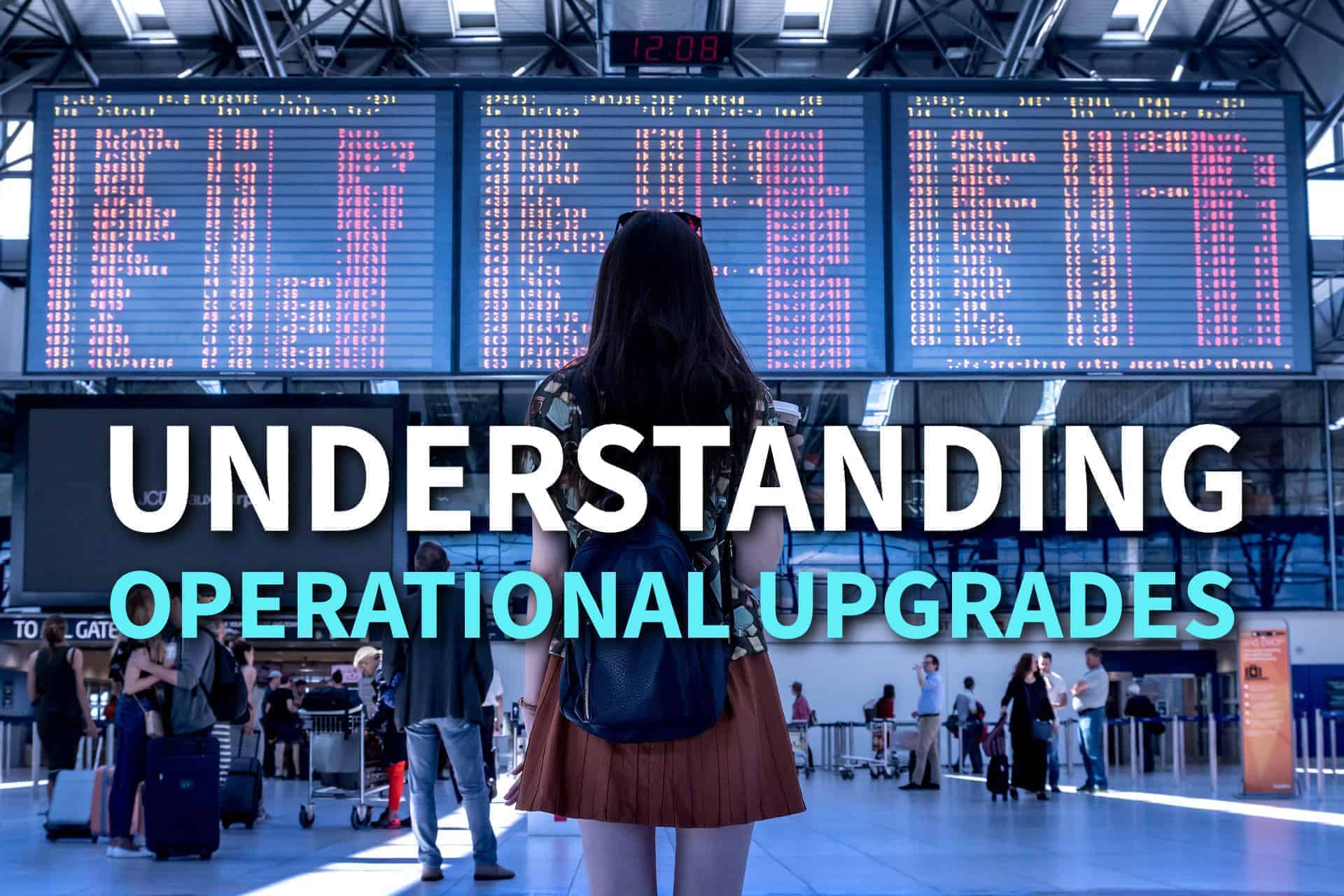 American vs European based Carriers

When discussing this topic, it is important to understand how complementary upgrade works in the US and Europe (and for the better part the rest of the world).

It’s common in the US for airlines to upgrade their own elite status fliers on domestic flights. Depending on level of status, they will confirm such upgrades hours and even days before the flight. Essentially if you with a major legacy airline you can be sure they have a system in place that gives complimentary upgrades to their top elites for domestic flights.

In Europe and for international flights, that picture is different. Airlines such as British Airways, Virgin Atlantic Lufthansa, and Cathay Pacific try to protect their premium cabins. As such, they don’t offer complimentary upgrades to passengers. They would rather passengers pay for upgrades and want to avoid premium cabins being full of upgraded passengers, which could upset those who have paid hefty sums for their premium ticket.

What is an Operational Upgrade?

As such, you are only likely to get an upgrade on a European based carrier because there is a ‘need’ to upgrade you for operational reasons — hence the reference to OpUps (Operational Upgrades). British Airways will typically only upgrade passengers if it’s oversold a flight or if, for operational reasons, it had to switch aircraft and there might be fewer seats in less-premium cabins.

Upgrades usually happen in the background between a when check-in is closed and boarding — or when the airline knows how many people have turned up for the flight. Usually, when boarding, a red beep and the message ‘Seat change’ means that you are being upgraded, though it can happen at other points.

How to get an Operational Upgrade

By its nature it is impossible to know if the flight you are on will require an operational upgrade. Seats could be oversold well in advance, so airlines have time to plan for it, but a mechanical fault 2 hours before boarding is not so easy to predict.

Historically, before fancy computers, check in agents would mark a passenger as either SFU or NSFU — Suitable for Upgrade or Not Suitable for Upgrade. Back in those days, looking smart and being polite and friendly at check-in could certainly help your chances.

However, with the advent of computer systems, your dress code will likely not have an impact. British Airways for instance, has a system called Discretionary Upgrade Tool (DUT). If a flight looks to be full, the DUT will draw up a list of candidates for upgrade before the flight boards. When, at the last minute, passengers need to be moved, it’s ready to do so without any time being wasted.

What’s clever about BA’s DUT system is that it doesn’t just go by status. Sometimes, a Bronze member who has never flown business class might get upgraded before a Silver and Gold member who normally only travels in premium cabins. It turns out the DUT system is trying to get that member to have a taste of what a premium cabin is like in hopefully to entice them to book premium cabins in the future.

How to Improve Your Chances

While it is slim to get upgraded, there are some things that can be done to improve your chances of getting one – however like all things, there is no guarantee.

Have Status — Despite the above on BA’s DUT, having status with the airline (or the alliance they are part of), is the biggest factor that increases chances of an upgrade. So being loyal to an airline or an alliance can pay off.

Usually the pecking order is as followed:

Online Check-In — There are some myths that not checking in online and turning up late at the airport on a full flight means that airlines will upgrade you. That’s a somewhat dangerous game to play, as you might just end up in the least-desirable middle seat. British Airways actually prioritises those who have used online check-in — in other words, those who are definitely showing, so doing so on BA increases the chances (ever so slightly).

Busy Flights — As outlined, airlines only upgrade when they have to, so picking a particularly busy flight (combined with all the other factors) improves your chances.

Travel Solo — Though I have been upgraded when travelling with others, generally speaking, airlines won’t split up a booking

Passenger profiling – some airlines rank a passenger depending on how much they have spent or flown with the airline for that year, for example. Take British Airways, they rank each passenger by a Commercial Individual Value (CIV) score between 0 and 100 which depends on status and spend.

There are some common myths surrounding getting an upgrade

Asking for an upgrade – Gone are the days where you charm your way to business and / or first class. As mentioned above, computer algorithms choose who are to be upgraded so  unless the gate agent wants to bend company policy over a line they have heard everyday a 100 times a day, it is very unlikely to happen

Not Selecting your seat – There is a myth that if you select your seat beforehand then you will not get an upgrade as you have “confirmed” where you are sitting. This is a myth because if you are selected to be upgraded due to your status or the cash value you have paid, the seat you have selected will have little impact on the overall picture. The fallacy that, by not selecting where you want to sit you can be moved a lot easier is an incorrect belief, because if you are upgraded, you move, and the person who doesn’t have a seat takes yours. Therefore, If you have the option to choose a seat beforehand, choose your seat.