If you treat ITA as a rebranded Alitalia, Virgin Atlantic is the first new member of SkyTeam for eight years. Garuda Indonesia was the most recent new member in 2014.

The carrier seems to have bitten the bullet and joined an alliance after avoiding Star Alliance when Singapore Airlines owned the carrier but has found that SkyTeam is a better fit – likely due to the fact that Delta (an existing SkyTeam member) owns the 49% the Singapore Airlines sold.

The move is not surprising and a natural fit considering the ties Virgin Atlantic already has with other members – such as the Joint Venture partnership with Delta and Air France-KLM. Additionally, Virgin Atlantic already has interline agreements with all 18 current SkyTeam member airlines, as well as codeshares with carriers such as Aeromexico and Middle East Airlines.

But one has to think why now? Delta has been pretty anti-alliance of late, with their CEO Ed Bastian telling Bloomberg hasn’t “hasn’t “brought a lot of great value to customers..[or] to member airlines”, sticking to bilateral agreements, rather than larger alliances. Delta in 2019 acquired a 20% equity state in LATAM, but instead of pushing the carrier into SkyTeam as many had thought it would, Delta primarily created a Joint Venture partnership with the carrier instead.

It’s usually pretty big news when an airline joins an alliance, and not something that happens every day, even though alliance news has been quite heated in recent years with the likes of Royal Air Maroc, Alaska Airlines, Oman Air, and Rwanda Airlines all putting their chips into Oneworld.

Looking To Join “Early Next Year”

Virgin Atlantic is looking to officially join the SkyTeam alliance early next year, having been aiming for early January.

This is actually good news considering airlines like Alitalia collapsed a couple of years back and now Garuda has made headlines for retrenching their fleet and focusing on a domestic market.

Joining the SkyTeam alliance makes more sense for Virgin Atlantic than the other alliances. The airline would be unlikely to get an in with Oneworld given its competition with British Airways. Star Alliance is less attractive than SkyTeam due to Virgin Atlantic’s ownership structure. Fellow SkyTeam member Delta Air Lines own 49% of the airline, and the airline has a close relationship with the Air France-KLM Group.

Who Are The Other Members Of The Skyteam Alliance?

There are 19 members of the alliance 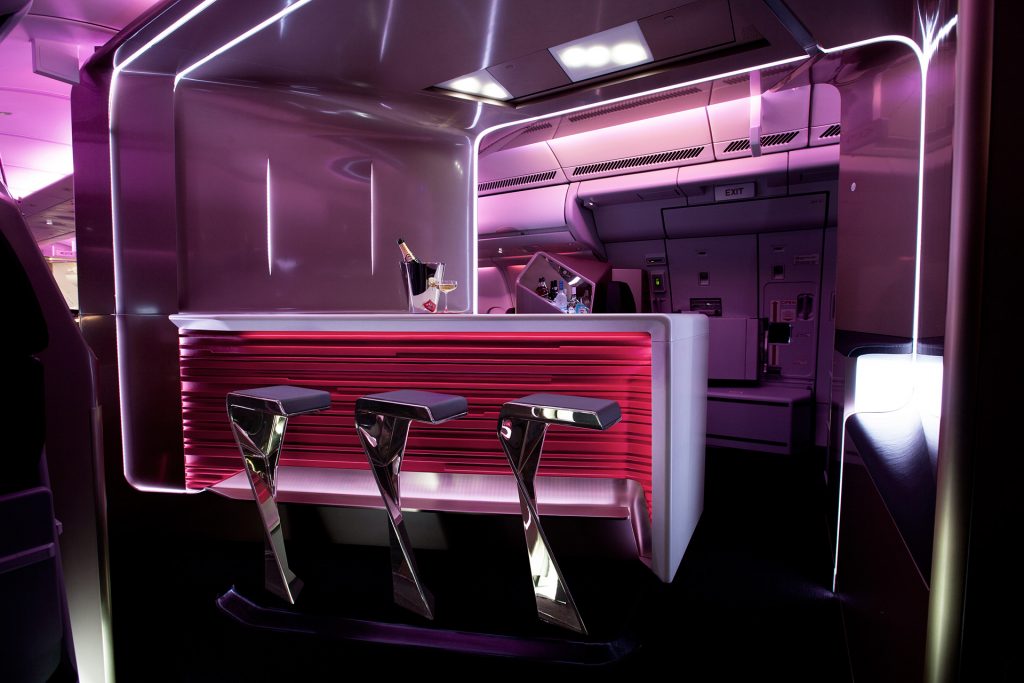 What Will It Mean For Passengers?

Joining an airline alliance typically means that passengers get a better travel experience. Alliance partners typically have comprehensive codeshare agreements, meaning that passengers have access to more routes to traverse the globe.

Joining SkyTeam will give Virgin Atlantic passengers access to more than 1,000 destinations around the world, as well as 750-plus airport lounges. They will also have “more opportunities” to earn and redeem loyalty points across the alliance’s members.

However, it’s not all good news. Virgin Atlantic Flying Club has separate award charts for each partner airline and has some great sweet spot redemptions, including on Air New Zealand, and All Nippon Airways which will likely disappear once Virgin becomes fully integrated into SkyTeam.

While for other SkyTeam members, while it hasn’t really been mentioned much, with Virgin joining the mix, it may open up more of the UK domestic market since Virgin and Stobart took a rescuing stake in Flybe – the UK’s once largest regional airline

Dan
Travelling on Points is the brainchild of a person who loves to travel and reap the benefits of doing so. Dan enjoys sharing the knowledge of travel as he believes that the more people travel the less narrow-minded, and more tolerant, people will be of each other.
SourceVirgin Atlantic Press Release