Alaska Airlines has launched its own e-ink luggage bag tag, making it the first carrier in the US to do so.

The reusable electronic bag tag comes as other OneWorld carriers have tried the same including TAG by British Airways and Q Bag Tag’s by Qantas.

This time around, Alaska is signing up 2,500 frequent flyers to put the electronic bag tag through its paces towards the end of the year and Mileage Plan members will be allowed to purchase the devices in early 2023.

But Alaska Airlines hopes that travellers, and especially its most frequent flyers, will enjoy the benefit of ‘self tagging 24 hours before their flight without having to stop at the airport – although, of course, at some point, travellers will have to drop off their bag at an airport counter.

“This technology allows our guests to tag their own bags in just seconds and makes the entire check-in process almost all off-airport,” commented Charu Jain, senior vice president of merchandising and innovation at Alaska.

BagTag, the manufacturer behind the electronic tags, are already used by other airlines outside of the US including Air Dolomiti, Austrian, China Southern, Lufthansa, and Swiss

When Alaska first tested an early version of this new bag tag in 2015, that tag still used batteries – the new one doesn’t, with the phone providing just enough energy to change the e-ink display. Interestingly Qatar Airways has gone with a more low-tech approach, with a piece of printed A4 paper. Arguably in comparison too, you would need to use these smart tags hundreds of times to make it more resource efficient compared to a traditional baggage tag.

The availability will be limited to start with. These programmable devices will be launched in phases, beginning with the San Jose International Airport in California. Alaska Airlines also rolled out a self-bag drop system in March at the San Jose airport, which will work with the electronic tags to make the baggage check-in experience as hands-off as possible. 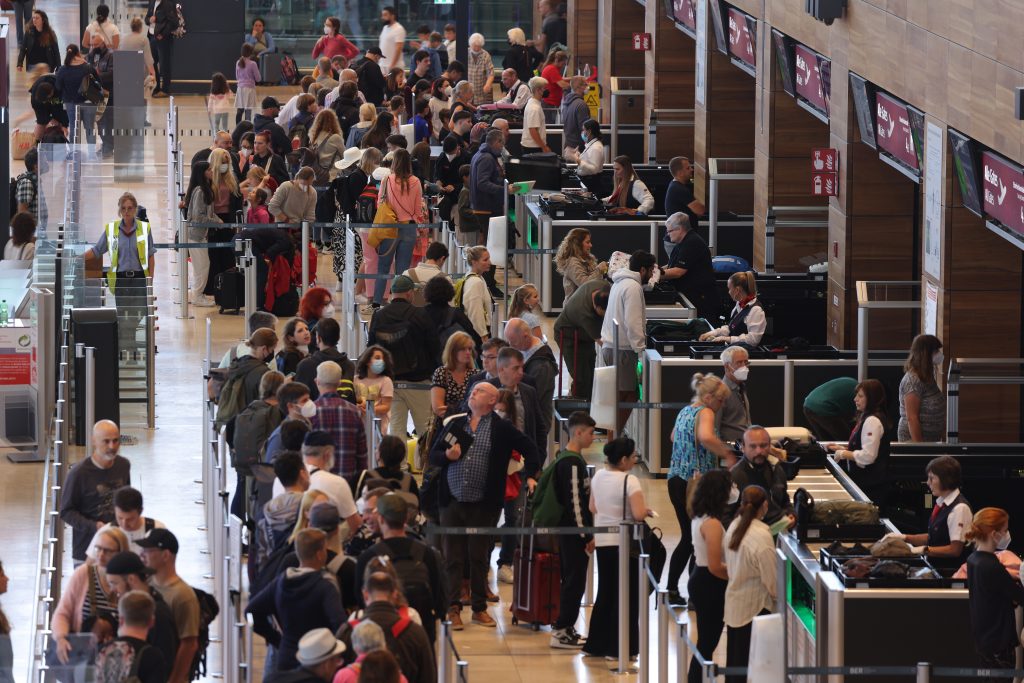 The electronic tag option comes as airlines around the country face big lines and major delays thanks to pandemic-era travel highs, staff shortages and bad weather. US airlines have cancelled more than 100,000 flights this year, with 30,000 cancellations just since Memorial Day weekend, according to data from flight tracking site FlightAware.

The airline said 2,500 Alaska frequent fliers will get to use the technology first, starting in late 2022. The devices will then be made available to Mileage Plan members for purchase in early 2023.

Everything you need to know about Alaska Airlines Flight Pass